Hallett served for eight years as president and CEO of the Air Transport Association of America (now called Airlines For America or “A4A”), which represents the chief executive officers of U.S. and foreign flag airline and cargo carriers. Following 9/11, Hallett helped craft and pass legislation to save the domestic aviation industry from bankruptcy and took the lead in the redesign of airline security policies and practices. In addition, she was a strong advocate for airline safety, customer satisfaction, high industry standards, modernization and expansion of airport capacity, as well as a regulatory environment that encourages competitiveness and free trade. She was twice named to “The Business Travel Industry’s 25 Most Influential Executives.”

From 2001 to 2006, Hallett served on the CIA director’s National Security Advisory Panel. She currently serves on the Transnational Threats Task Force at the Center for Strategic and International Studies and on the boards of directors of Rolls-Royce North America, Atlas Air Worldwide Holdings Inc., and the All Nippon Airways U.S. Advisory Committee. She formerly served as a member of the Advisory Committee on Commercial Operations of Customs and Border Protection (COAC). 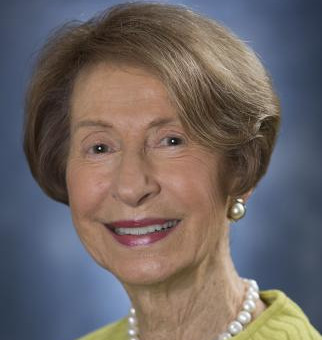