In her role at Toyota, Trimble worked closely with the company’s senior leadership team in developing advocacy and accountability measures to integrate DEI processes across the organization’s business operations. She also worked closely with the company’s External Diversity Advisory Board, chaired by the Honorable Alexis Herman, former United States Secretary of Labor. She led the company’s rise on the Diversity Inc Top 50 list from #42 to #25 in two short years. She also firmly solidified the company’s recognition by third party advocacy organizations such as Black Enterprise Best Companies for Diversity, Hispanic Association on Corporate Responsibility, and the United Hispanic Chamber of Commerce.

Adrienne Trimble’s appointment marks a unique, significant milestone in NMSDC’s long and close relationship with Toyota. Trimble led Toyota’s Supplier Diversity initiative from 2005-2012. In this role, she grew the company’s diverse supplier base to reflect an increase in spend that exceeded 300 percent, topping nearly $3B in spend with diverse suppliers. Toyota received numerous accolades under Trimble’s direction, including Corporation of the Year by the National Minority Supplier Development Council (NMSDC) as well as Corporation of the Year honors from the organization’s affiliates in Arkansas, Michigan, South Central Ohio, Southwest Texas and Tri-State KY/IN/WV. She was named Advocate of the Year by the Southwest Minority Supplier Development Council. In recognition of her efforts to advance economic development for diverse suppliers, The Rev. Jesse Jackson, Founder and CEO of Rainbow PUSH, presented Trimble with their Corporate Leader Award and Women in Leadership Award.

Securing the future and recognizing supplier diversity as part of the larger goal of economic inclusion have been enduring truths in Adrienne Trimble’s career. In 2019, she initiated a number of tech innovations within the NMSDC network, including a custom-designed online community, NMSDC Connections, exclusively for its stakeholders. One of the hallmarks of her leadership of NMSDC has been her active commitment and thought leadership in what NMSDC can anticipate and provide. The goal is to expand economic engagement and ownership as a powerful and productive force in the Asian, Black, Hispanic and Native American communities in the years ahead – with an eye toward the year 2045, the year the U.S. will achieve a majority-minority population. In the spring of 2019, Trimble reiterated this goal when she testified, in spring 2019, before the Subcommittee on Diversity and Inclusion, affiliated with U.S. House of Representatives’ Committee on Financial Services.

A graduate of Wilberforce University, Trimble holds a Bachelor of Science degree in Organization Management. In 2014, she was appointed to the Board of Trustees of her alma mater. Other board and committee leadership positions have included NMSDC and several of its regional Councils, as well as Executive Committee roles for the Billion Dollar Roundtable.

Trimble developed her leadership skills in human resources in financial services, healthcare and media industries. She resides in McKinney, Texas with her husband Jamiel. 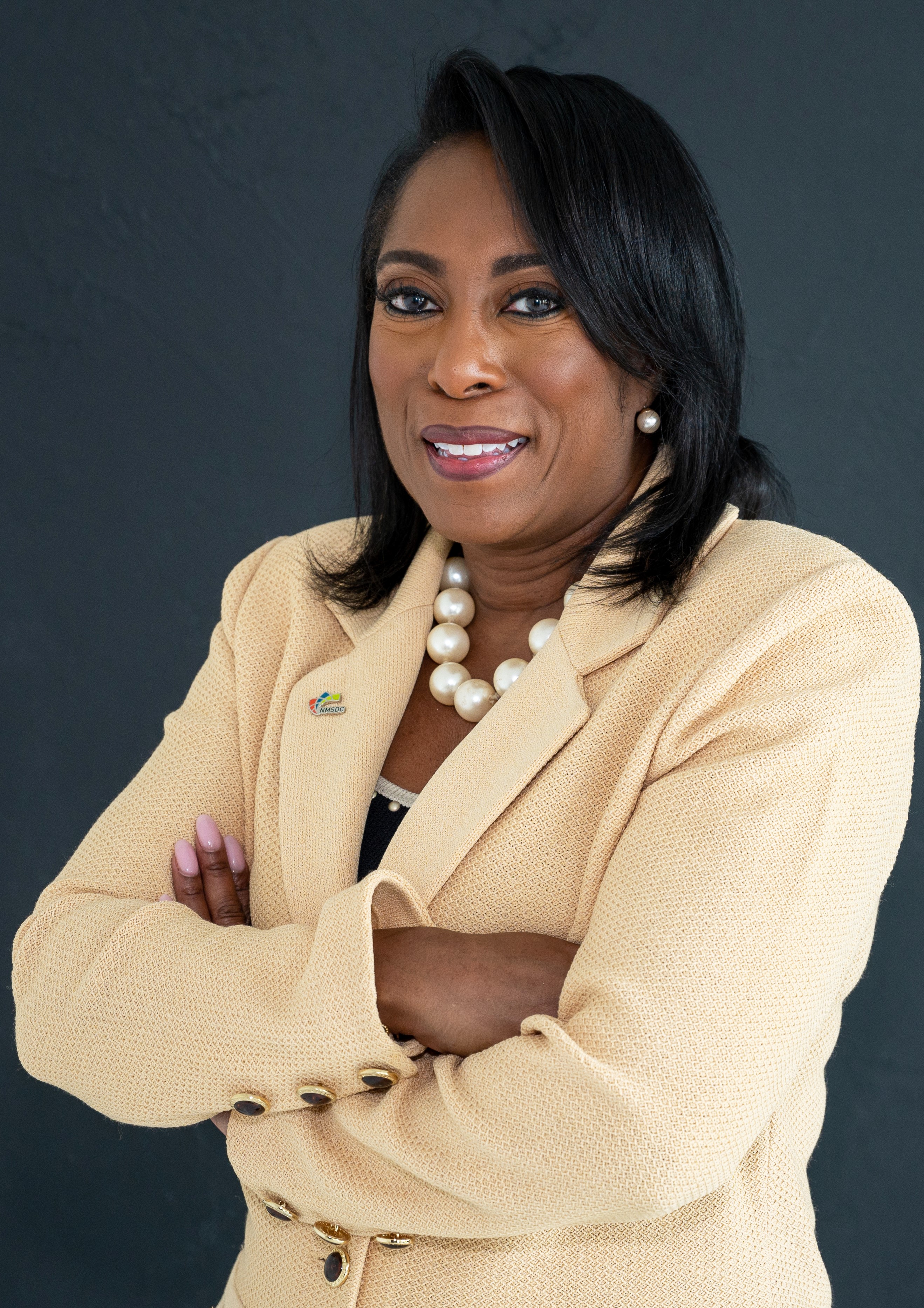