With more than 30 years of experience in the private, public, and nonprofit sectors, Chorlins has focused on forging consensus among competing points of view. She has represented the U.S. government in multilateral trade negotiations, advocated in support of global sales, consulted with multinational corporations on corporate responsibility, and helped foster a robust transatlantic relationship.

Chorlins began her federal government service in the office of former Sen. John C. Danforth (R-MO), where she participated in drafting the 1988 Trade Act and the 1989 implementing legislation for the U.S.-Canada Free Trade Agreement. She continued her government service as principal deputy assistant secretary for Import Administration at the Department of Commerce, representing the U.S. in the GATT Uruguay Round and NAFTA negotiations.

Chorlins then became director for international trade relations at Motorola Inc. She played a leadership role in early business community efforts to normalize U.S.-China commercial relations and was an early proponent of a balanced approach in addressing commercial, human rights, and environmental priorities.

Chorlins also served as director of government & regulatory affairs at Lockheed Martin, where she managed the international portfolio and focused on export control reform and defense trade policy.

Chorlins holds an M.A. in international relations and economics from the Johns Hopkins School of Advanced International Studies and a B.A. in French from Wellesley College. 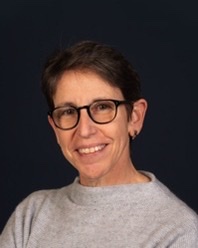