As a recognized subject-matter expert, McGroarty has provided testimony on critical metals issues to the U.S. Senate Committee on Energy and Natural Resources, to the House Sub-Committee on Energy & Mineral Resources, and to the U.S. House Sub-Committee on Science, Space & Technology. As principal of the non-partisan American Resource Policy Network, an experts-led resource development think tank, McGroarty was asked to participate in the 2013 and 2015 National Defense Stockpile Requirements Reports, which by statute are delivered to the Secretary of Defense and the House and Senate Armed Services Committees. He has consulted to the Institute for Defense Analyses, which supports the Departments of Defense and Homeland Security, the Joint Chiefs’ Joint Staff and the Intelligence Community.

Prior to establishing his consultancy, McGroarty served at senior levels in the U.S. Government, as Special Assistant to the President in the White House and as presidential appointee to two Secretaries of Defense.

A former think tank fellow, McGroarty’s articles and opeds on current issues have been published in The Wall Street Journal, the New York Times, The Public Interest, Politico, Forbes, The Hill, FoxNews, RealClearPolitics and RealClearWorld, National Review, the Los Angeles Times, Investor’s Business Daily, Policy Review and The American Spectator. Dan has appeared on CNBC, Fox, CNN, Bloomberg Business, and CTV Canada. He is a frequent speaker on Rare Earths and strategic and critical metals issues, at conferences in the U.S., Canada, Australia and in China, and in television, radio and print interviews. He serves as GeoPolicy editor for The Economic Standard.

Since 1996, McGroarty has served as Adjunct Professor in the Graduate School of Political Management at The George Washington University.
Speaking At
Panel Discussion 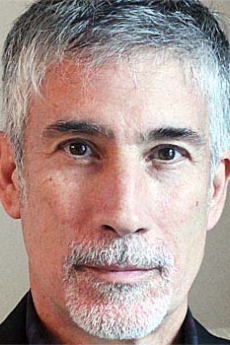