Full Name
Gary Kelly
Job Title
Executive Chairman
Company
Southwest Airlines
Speaker Bio
Gary Kelly is the Executive Chairman of the Board of Directors at Southwest Airlines. Most recently, Gary served as Southwest’s Chief Executive Officer from 2004 through January 2022. Under Gary’s leadership, Southwest grew to become the nation’s largest airline in terms of originating domestic passengers carried and is a mainstay on Fortune magazine’s list of the most admired companies in the world, ranking 28th in 2022.

Gary began his career at Southwest Airlines as Controller, moving up to Chief Financial Officer and Vice President Finance, then Executive Vice President and CFO, before being promoted to CEO and Vice Chairman in July 2004. Gary assumed the roles of Chairman and President in 2008. In January 2017, Gary relinquished the title of President. Prior to joining Southwest Airlines in 1986, Gary was a CPA for Arthur Young & Company in Dallas and Controller for Systems Center, Inc.

Southwest Airlines enjoyed an unprecedented streak of 47 consecutive years of profitability through 2019—a record unmatched in the commercial aviation industry. Southwest ranked as the highest Low-Cost Carrier for Customer Satisfaction in the J.D. Power North American Satisfaction Study for the fourth year in a row in 2020 and has been named as one of Glassdoor’s Best Places to work for the past 13 consecutive years.

Gary’s biggest source of pride is the fact that Southwest Airlines has never had a single layoff in the airline’s 50-year history. Gary pioneered the airline’s transformation through several major initiatives, including the acquisition of AirTran Airways, the repeal of the Wright Amendment, the launch of international destinations for the first time in Southwest’s history, the installment of a new reservation system, and the launch of service to Hawaii in 2019 —all while staying true to the Company’s core values and People-centric Culture.

Gary has received numerous awards and recognitions over the years, including the 2020 Philanthropic Leadership Award by the Ireland Funds; the 2017 Wings Club Distinguished Achievement Award; he is a 2017 Junior Achievement Dallas Business Hall of Fame Laureate inductee; 2016 inductee into the Texas Business Hall of Fame; and he is the recipient of the prestigious 2016 Tony Jannus Award. Gary was twice named D CEO Magazine’s CEO of the Year; he’s been named one of the best CEOs in America by Institutional Investor magazine three times. In 2010, Gary was honored with the Distinguished Alumnus Award from the University of Texas at Austin, and in 2013, Gary was inducted into the McCombs School of Business Hall of Fame at the University of Texas at Austin. Gary received the 2013 Father of the Year Award; and Gary was the recipient of the 2013 McLane Leadership in Business Award at Texas A&M University.

Gary is a lifelong Texan and received a B.B.A. in Accounting from the University of Texas at Austin. As a proud alumnus, Gary has served the University in a number of capacities, including on the McCombs School Advisory Council. Gary is a Certified Public Accountant, serves on the Board of Directors of the Lincoln National Corporation, and is the current Chairman of the Board for Airlines for America, the airline industry advocacy group (Gary also served as Chairman from 2012 - 2014). Gary is a member of the Smithsonian's National Air and Space Museum Board and is a current member of the Business Council and the Southwestern Medical Foundation Board of Trustees. Additionally, Gary was appointed to the Advisory Committee on Supply Chain Competitiveness, under the U.S. Department of Commerce in 2022. 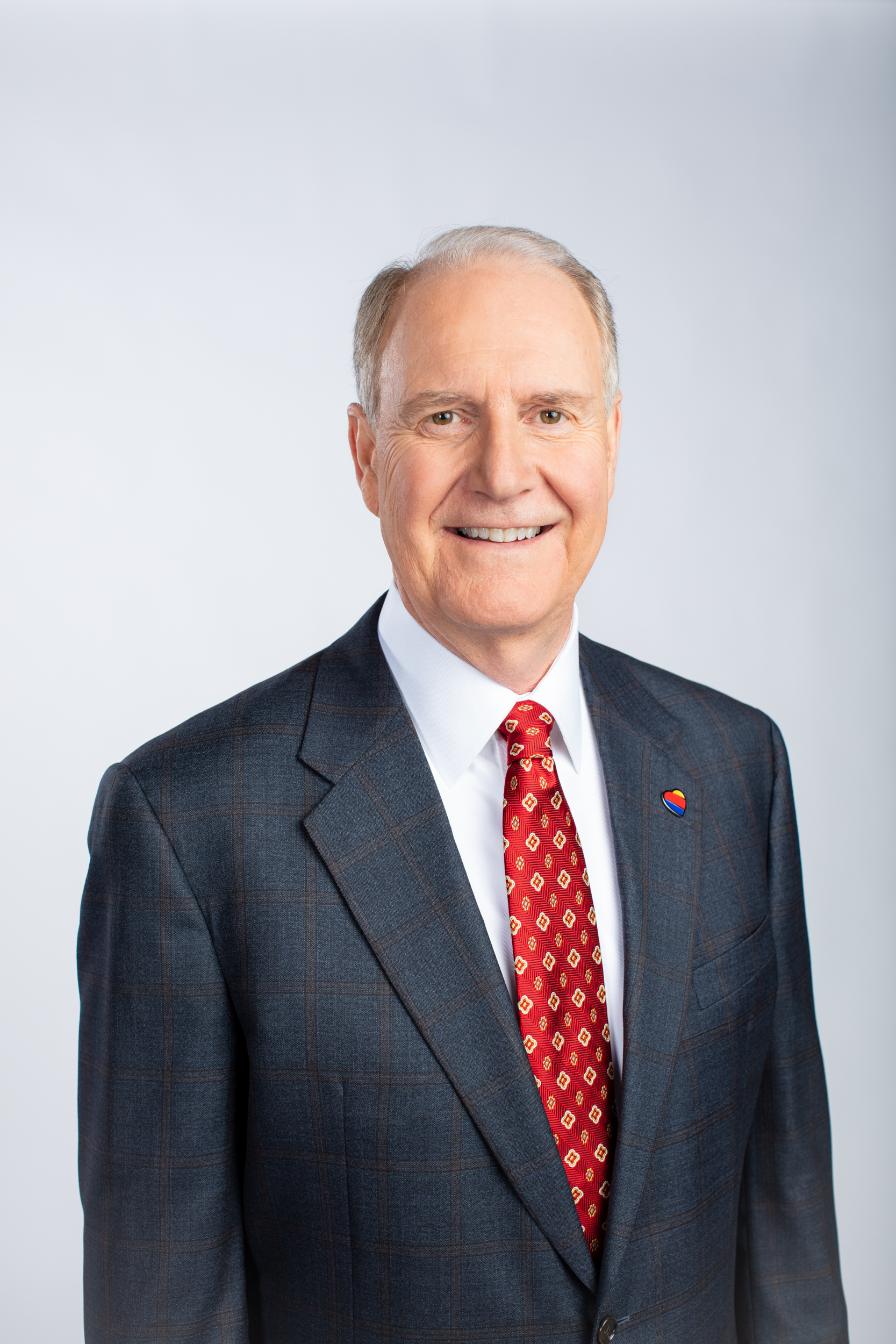