Immediately before joining FERC, Commissioner Christie was the Chairman of the Virginia State Corporation Commission (Virginia SCC), on which he served for nearly 17 years. He was elected to the Virginia SCC, which regulates utilities, insurance and banking, three times by the Virginia legislature on bipartisan votes.

During Commissioner Christie’s service as a state regulator, he was elected president of the Organization of PJM States, Inc. (OPSI), an organization of utility regulators representing the 13 states and the District of Columbia which participate in the PJM transmission and markets organization. He served for more than a decade on the OPSI governing board. Commissioner Christie also served as president of the Mid-Atlantic Conference of Regulatory Utilities Commissioners (MACRUC), a regional chapter of the National Association of Regulatory Utility Commissioners (NARUC).

Commissioner Christie taught regulatory law for a decade as an adjunct faculty member at the University of Virginia School of Law and constitutional law and government for 20 years in a doctoral program at Virginia Commonwealth University. 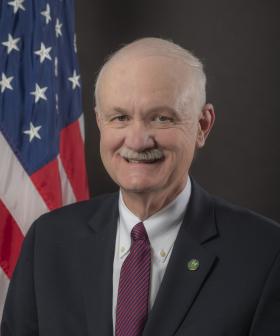